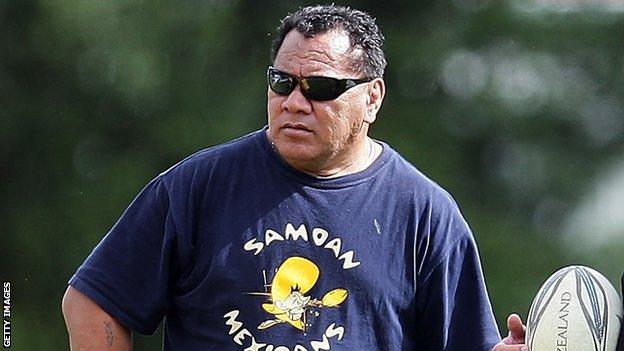 Peter Fatialofa, the man who led Western Samoa to one of the biggest shocks in Rugby World Cup history when they beat Wales in 1991, has died.

The prop, who played for an Auckland side packed with New Zealand All Blacks from 1985 to 1993, passed away at the age of 54 in his homeland.

That side included current Connacht coach Pat Lam and centre Frank Bunce, who went on to win 55 New Zealand caps.

Fatialofa, who made 35 Test appearances, and Lam were also part of the team that beat Wales 34-9 in Samoa in 1994,

A furniture remover in Auckland, Fatialofa was made Member of the New Zealand Order of Merit, for services to rugby, in the 1996 Queen's Birthday Honours.

He played for the Ponsonby club in Auckland and at provincial level was often the only non-All Black in a pack that included New Zealand legends Sean Fitzpatrick at hooker and number eight Wayne Shelford.

Auckland also fielded flanker Michael Jones, who had also been capped by Samoa against Wales in 1986 before he made his mark in the New Zealand number seven jersey.