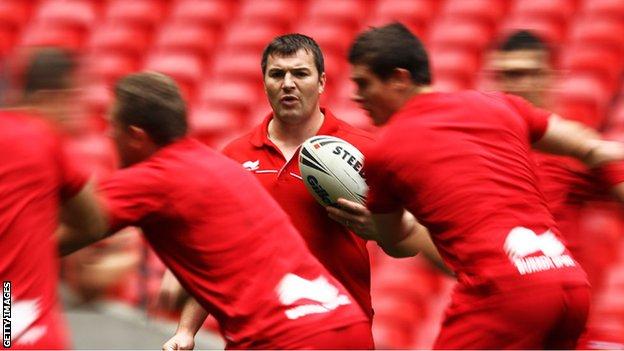 It is understood the former dual-code international - a Blues player between 2002 and 2004 - wants to stay as Wigan assistant, but sources said he may consider a move to Australia next year.

The Blues need to replace backs coach Gareth Baber, who will become Hong Kong sevens coach at the end of the season.

Wales were knocked out of the Rugby League World Cup by USA on Sunday.

The former Leeds and Bradford captain Harris is highly regarded at Wigan, where he recently extended his contract until the end of 2015.

He will be back in south Wales on Sunday when Wales play their final group match of the World Cup against the Cook Islands in Neath.