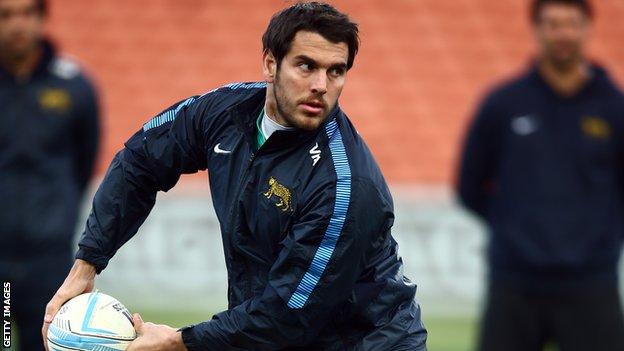 Newcastle have signed Argentina centre Gonzalo Tiesi on a contract until the end of the season.

The 28-year-old joins the Falcons after several months as a free agent, having left London Welsh last summer after their relegation from the Premiership.

He has previously worked with Newcastle director of rugby Dean Richards, who signed him for Harlequins in 2008.

"It's a great set-up here. Dean was a big draw for me as I trust him, he's a competitor and a winner," said Tiesi.