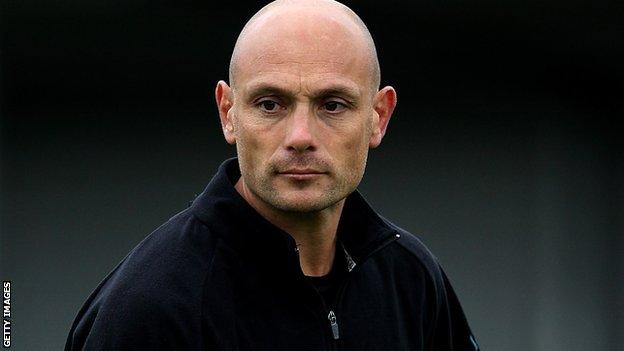 Jersey suffered their fourth straight defeat as London Scottish got back to winning ways with a 29-3 victory.

Niall O'Connor's penalty gave the islanders an early lead but that was to be their only score.

Scottish hit back straightaway when centre PJ Gidlow went over, and then skipper Mark Bright touched down to make it 12-3 at half-time.

Bright grabbed a second before Miles Mantella's breakaway try secured the bonus point for the hosts.

The win moves Scottish into the top half of the table, while Jersey remain seven points above the Championship's bottom club Ealing Trailfinders, who are yet to win this season.

The afternoon had started brightly for the visitors when O'Connor struck from near the halfway line to open the scoring.

Within a couple of minutes the hosts were in front though as Gidlow showed his strength to reach out for the line when a last-ditch tackle looked like it could pull him up short.

The islanders thought they had gone back ahead when a pinpoint cross-field pass found Mark Foster, who offloaded to full-back Aaron Penberthy to cross the whitewash. It was ruled out by referee Thomas Foley though for offside.

Bright's tries either side of half-time helped put his side in control, the second of which came when Jersey missed two tackles and he powered through to score in the corner.

Mantella completed the comprehensive win when he was sent clear after Andy Reay ran from deep and saw the winger in support in space out wide.

Although Jersey improved after the introduction of scrum-half Nicky Griffiths and forward Latu Makaafi, they never looked like pulling off a late comeback.