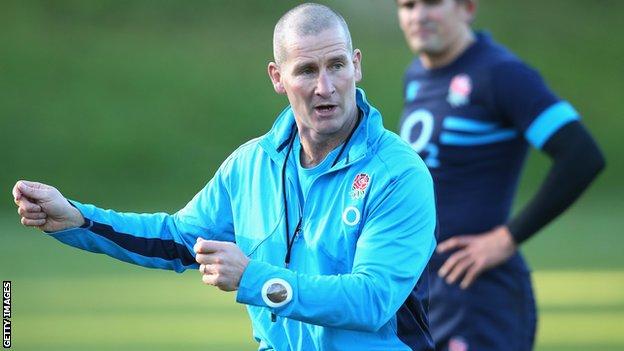 Head coach Stuart Lancaster has set England the target of replacing South Africa in second place in the world rankings by the end of the season.

England sit third in the standings as they attempt to register their ninth victory in 10 matches when they play Argentina at Twickenham on Saturday.

Figures correct as of 4 November 2013

"If we can keep our winning record up, we'll close the gap," Lancaster said.

"I mentioned it as a goal right at the outset and we're close to achieving it ahead of schedule."

England started their autumn campaign with a 20-13 win over Australia, and after the Argentina game will conclude their programme with a game against New Zealand on November 16.

The All Blacks have an almost unassailable lead at the top of the International Rugby Board rankings, but Lancaster believes South Africa can be caught.

The Springboks face Wales at the Millennium Stadium on Saturday, Scotland at Murrayfield eight days later and conclude their autumn schedule against France in Paris on 23 November.

"Anything you can use to give the players an extra sense of motivation and reason why the next game is important, you use it," said Lancaster.

The IRB world rankings are calculated using a 'points exchange' system, which is based on the result of a match, the relative strength of each team and the margin of victory, with an allowance for home advantage.