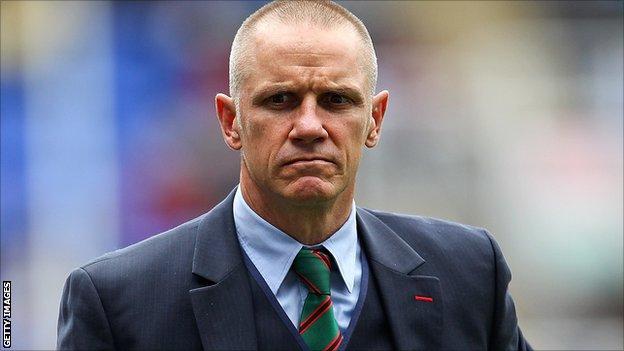 London Irish have signed three players on short-term deals in preparation for the LV= Cup first round.

Ben Toolis, Ben Lonergan and Danny Kenny will all be involved in the squad against Newcastle on Sunday.

Australian-born lock Toolis is on a one-month loan from Edinburgh Rugby.

Flanker Kenny signs on trial after spells in his native Ireland with UCD, Leinster and Munster, while fellow back row forward Ben Lonergan joins on a two-week loan from Rosslyn Park.

"The LV= Cup presents us with an opportunity to mix the squad up," said London Irish director of rugby Brian Smith.