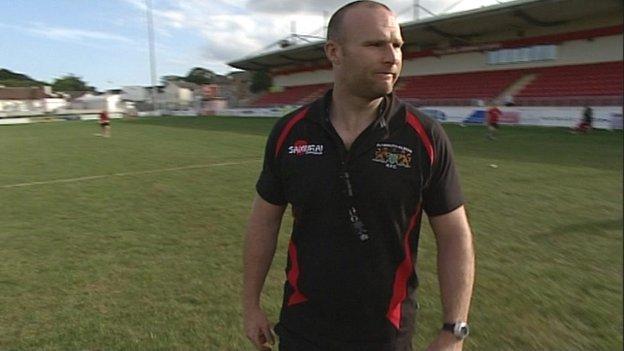 Plymouth Albion coach James Shanahan says nothing less than a professional approach will do when they face bottom-of-the-table Ealing on Friday.

Ealing are still searching for their first win of the season and have yet to pick up a bonus point.

"People think they're going to win a game sooner or later and every team is probably going there hoping it's not them," Shanahan told BBC Radio Devon.

"We've got to go with lots of intensity and a proper professional attitude."

Shanahan added: "If we do that we can come away with a win and I know we are very capable of doing that.

"But we won't take them for granted, you can't take any team lightly in this league."

Albion are looking to get back to winning ways after their 38-31 defeat by Bristol last weekend - a game in which they let a 21-5 lead slip.