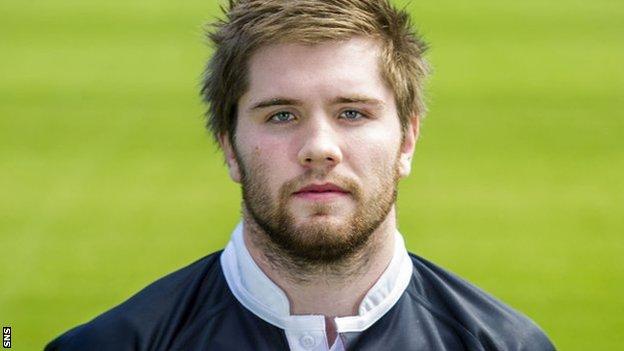 Three Edinburgh forwards have been sent out on loan to English clubs.

Ben Toolis, a 21-year-old Australian-born lock, has joined Premiership outfit London Irish for one month, while Robin Hislop and Alun Walker will play in the Championship.

Prop Hislop is joining Rotherham as the 21-year-old builds up his match fitness after recovering from a broken leg.

The deal for 23-year-old Walker is an extension of his existing loan spell with Nottingham.

Edinburgh head coach Alan Solomons said: "The loan spells offered by these clubs presents our young players with an opportunity to get more game time in a different environment as part of their rugby education."

Toolis, previously of Queensland outfit GPS Old Boys, signed for Edinburgh in August along with his brother, Alex.

Walker signed a contract extension with Edinburgh in July.

Hislop signed a three-year contract with the Pro12 club in January 2012.