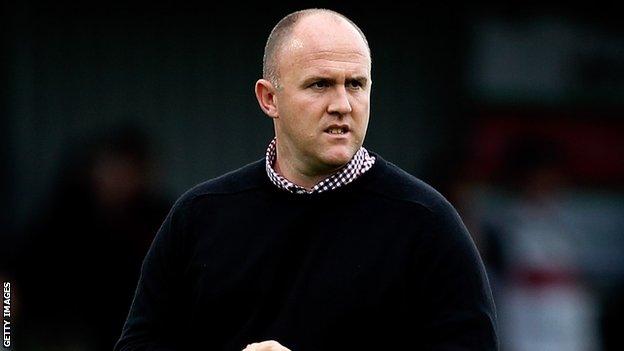 The Blues, traditionally one of the Championship's strongest outfits, have won only one league game all season.

"Bedford are in a little bit of a slump but they're a talented group of players," he told BBC Radio Cornwall.

"They have a great coaching team and they'll come out of it at some stage. We just hope it's not on Sunday."

Davies said he was anticipating an entertaining game against a side with a reputation for playing with flair.

"Bedford is normally a good game - they do play a good brand of rugby and we're trying to play a bit," he said.

"They play a lot of football and I think their pack is underrated. They produce a good pack year on year and you cant keep players of their talent down for long.

"They'll have a siege mentality but as long as we keep doing most things well - which we are at the moment - then we can add pressure on the scoreboard or field position."