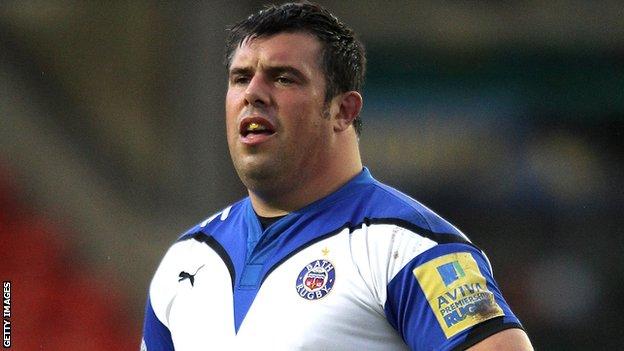 The Barbarians have named former Bath and England prop Duncan Bell as part of a 22-man squad to face the Combined Services on Tuesday.

The Baa-Baas had already announced that Plymouth Albion pair Rhys Oakley and Ruiari Cushion would be involved.

Tuesday's Remembrance game will take place at Brickfields, the home of Plymouth Albion

The Barbarians will be coached by Cornish Pirates boss Ian Davies, while the club's long-serving prop Alan Paver and centre Tom Riley will also be part of the squad.

Plymouth Albion's Gareth Evans has been selected to play for the Combined Services.

The Barbarians are an invitational side made up of players from international and club rugby.