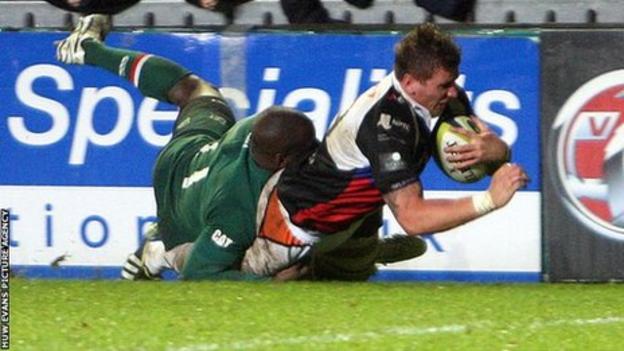 Tigers were always in control, and scored tries through Thomas Waldrom, Sam Harrison, Harry Wells and Michael Noone.

Sam Davies kept the Ospreys in touch until half time with three penalties.

He also converted Sam Williams' late try, which was little more than a consolation for the outgunned Ospreys.

There was controversy in the first half when Leicester captain Boris Stankovich escaped punishment for a late, high tackle on Joe Rees.

The Ospreys prop had to be helped off the field and while Davies kicked the resulting penalty, no card was issued against the Tigers' prop.