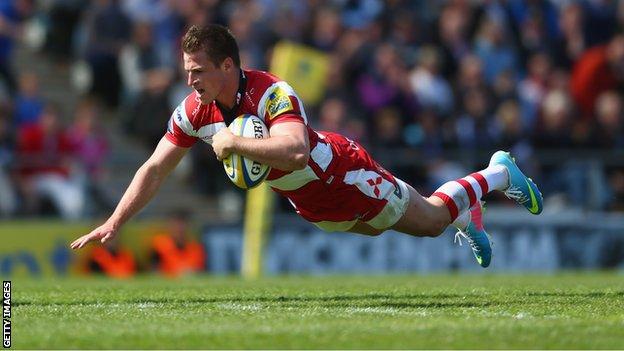 Gloucester centre Henry Trinder has signed a new contract at the Premiership club.

The 24-year-old has made 53 appearances for the Kingsholm outfit since his debut in 2008, and was called up by England in October.

"Henry has been in superb form this season and will only get better," said director of rugby Nigel Davies.

Davies has not revealed the length of deal extension, but says it is "more than a year".

The Gloucester boss added: "It says a lot about the ambition and environment that he has decided to commit to the club."

Swindon-born Trinder, who came through Gloucester's academy system, has scored 13 tries for the Cherry and Whites.

"There are certain people who are fundamental in terms of retention. It is vital we hold on to the likes of Henry Trinder," Davies told BBC Gloucestershire.

"We are pleased with where we are, but we are constantly working behind the scenes. There will be some new announcements shortly."