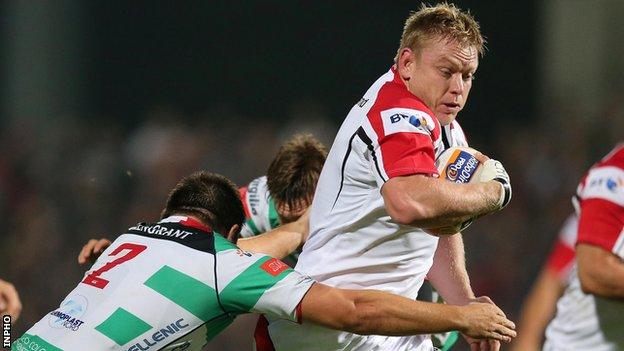 Ulster loose-head prop Tom Court will leave the club at the end of this season after agreeing a three-year deal with London Irish, BBC NI reports.

An Ulster statement confirmed the 33-year-old Australian native's departure and said that he had signed a long-term deal for a Premiership club.

Court signed for Ulster in 2006 and has made 135 appearances for the province.

The prop has also won 32 Ireland caps and was called up by the British & Lions as a replacement last summer.

His brief stint with Warren Gatland's squad saw him playing 35 minutes in the tourists' win over the Melbourne Reds.

"I feel that this is the right decision with regards to me and my career at this stage," said Court.

"It is going to be very sad when the time comes to actually leave and finish up but there is a lot of rugby left for me with the province.

"There are six months remaining of this season, so there is even more motivation for me to make the most of it while I am here and to try and help Ulster win something."