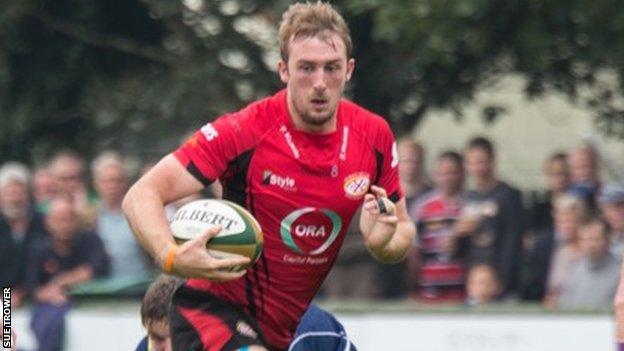 Despite Joe Buckle's touchdown, the islanders trailed 19-10 at half-time after tries from Tom Kessell (2) and Junior Fatialofa.

Mark McCrea went over to keep Jersey in touch and Tom Brown's late converted try closed the gap to one point.

O'Connor then held his nerve to give the hosts their first Championship win in over a month.

The final second of the game was the only time Jersey had been in front in the whole match.

They had started brightly but Pirates soaked up the early pressure and then struck with their first attack when Kessell grabbed his first of the afternoon.

But Buckle's converted try between the posts at the other end came less than four minutes later, to pull the islanders level after he had spotted a gap in the Pirates defence.

Kessell's second score put the visitors back ahead soon after in an enthralling first half before Fatialofa eased through after some good handling to go over.

Two Kieran Hallett penalties stretched the Pirates' lead to 25-10 but back came the home side.

Replacement McCrea showed real strength to touch down and Brown's late try in the corner, converted by O'Connor, set up the stunning conclusion.

The former Ulster fly-half struck his penalty from the right-hand side on the 10-metre line to spark scenes of celebration amongst the crowd at St Peter.

The result means Jersey climb above Bedford Blues and Nottingham into ninth spot.