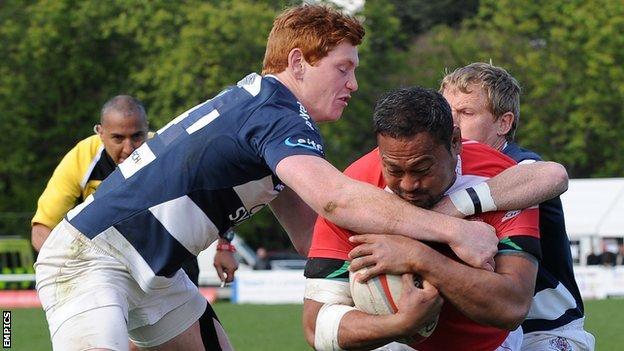 Bristol's Jack Tovey will be out for three weeks with a shoulder injury.

The 22-year-old full-back made his return from long-term back injury in the abandoned British and Irish Cup game against Aberavon last month.

But he is now set of for another spell on the sidelines after sustaining a joint sprain in Sunday's 22-7 defeat by London Welsh.

"It is not as bad as we first thought it was," head coach Sean Holley told BBC Radio Bristol.

"I thought he'd been shot when he first did it, with the way he went down.

"He's bruised his AC joint, but it will only be two-to-three weeks which is positive compared to what we first thought."

Academy product Tovey has made four appearances this season for the Championship club, who are currently second in the table.