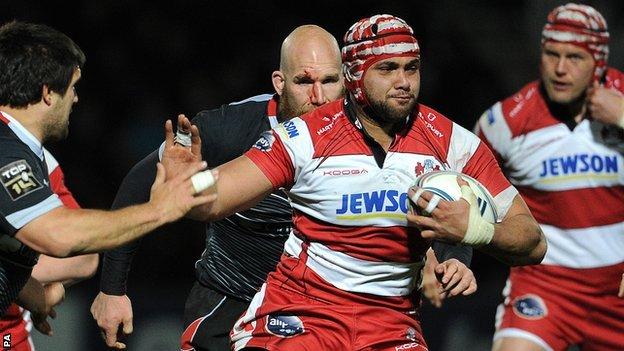 The 25-year-old, who can play as blindside flanker or number eight, arrived at Kingsholm from Nottingham last summer.

He has made 37 appearances for the Cherry and Whites and has 19 international caps to date.

Kalamafoni is the fourth first-team player to sign a contract extension this season, following on from Rob Cook and England duo Billy Twelvetrees and Henry Trinder.

"He could have made more money elsewhere, but he wants to stay here at Gloucester.

"He knows the plans that we've put in place and believes in what we're doing. He wants to be part of something here."

Kalamafoni, who is currently on duty with Tonga, added: "The club have been great to me, and I am really excited for what the future has to hold for the squad and myself.

"I love the atmosphere at Kingsholm and how the fans get behind the players. When they chose me as their Player of the Season, it was a very proud moment.

"I'd like to thank the coaches and my team-mates for helping my development as a player, and for helping me make the step up from the Championship."