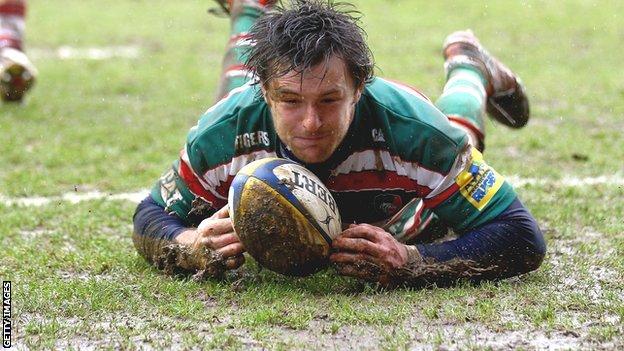 Fit-again Leicester centre Matt Smith will make his first start of the season in Friday's LV= Cup tie at Worcester.

The 27-year-old broke a thumb in pre-season and made a brief appearance as a replacement in the Premiership fixture against Harlequins earlier this month.

Smith is one of several experienced players in an otherwise youthful looking Leicester line-up.

Jordan Crane starts at number 8 and winger Miles Benjamin faces his former club after a lengthy spell out injured.

Director of rugby Cockerill said: "It was good to see the young lads step up and play well in a competitive first-team game.

"Some of those young guys are in the team this week and will have to step up again.

"There's a bit of experience with Boris (Stankovich), Jordan and Scotty Hamilton in there to hold it together.

"Worcester will be a new challenge for this team.

"They won last week and will be looking to gain some momentum, so it is down to our guys to back up last week's performance."