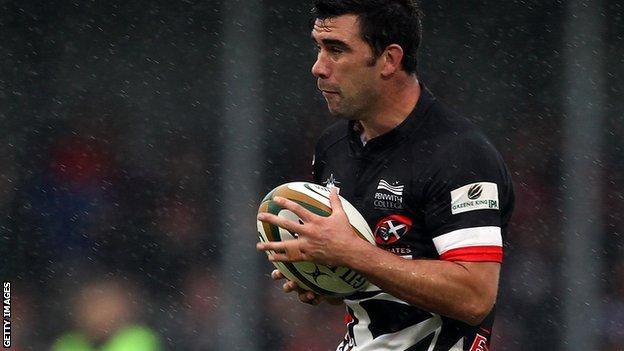 Cornish Pirates centre Tom Riley says their good form has been all the more impressive because of the overhaul of the squad over the close season.

The Pirates signed a raft of players during the summer, as they switched to a recruitment policy of targeting young players with Cornish connections.

"There's been a lot of players coming in and a lot going out," the Welshman told BBC Radio Cornwall.

"But we seem to have gelled well and you can see that in our results."

The Pirates face Jersey on Saturday and are hoping to add to their five wins in the league this season.

The Channel island side are second from bottom of the table, but Riley said he would expect nothing less than a fierce contest at St Peter.

"Jersey is a difficult game - it's not an easy place to go and win as we found out last year," he said.

"They've learned a lot in their first season in the Championship and recruited well so we should be in for an interesting game - there's a few ex-Pirates and a few scores to settle! It should be a cracker.

"They've got quality players and we have to be on the money and not let them get any momentum. But we're pretty confident and we want to play our brand of rugby."

Riley turned out for the Barbarians for the first time on Tuesday, with Pirates coach Ian Davies taking charge of the side in a 34-28 defeat against the Combined Services.

"It was pretty special. The Barbarians are one of rugby's biggest institutions so it was an honour to be asked to play and a great experience," he added.

"We spoke beforehand about the fact that only about 4,000 people have donned the black-and-white jersey so it's a privilege to be one of those people to wear it and it's an achievement I'm very proud of."