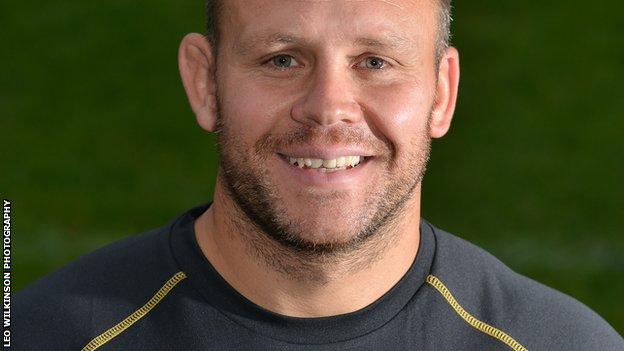 Esher forwards coach Ricky Nebbett says competition for places has driven his first XV to succeed in opening weeks of the National League One campaign.

The Molesey Road side are currently top of the table, with nine wins from their first 10 matches.

"The fact we have a strong first team and second team at the club, they don't take anything for granted," the 36-year-old told BBC Surrey.

"They know one bad performance or a loss of form, they will be out."

Doncaster will be a tough game and will be a true marker of where we are. We have been looking forward to this game since the start of the season

He added: "Credit to them. Any good aspiring team needs a nucleus of players who are constantly putting pressure on themselves.

"They know if they are not quite on their mark one week or training to the levels they set there is a young, enthusiastic guy coming up in the second team.

"Perhaps we didn't have that so much last year."

Esher travel to Doncaster Knights this weekend and, with the Yorkshire side second in the table, two points behind Esher, Nebbett is wary of the significance of the match.

"Doncaster will be a tough, tough game and will be a true marker of where we are.

"There's no worry about the guys not being up for it. We have been looking forward to this game since the start of the season.

"The big focus for me going into the game will be the fact we let Tyndale score 24 points against us last week [in Esher's 56-24 win].

"Some of the guys are disappointed and we have to look at some of the points we leaked."