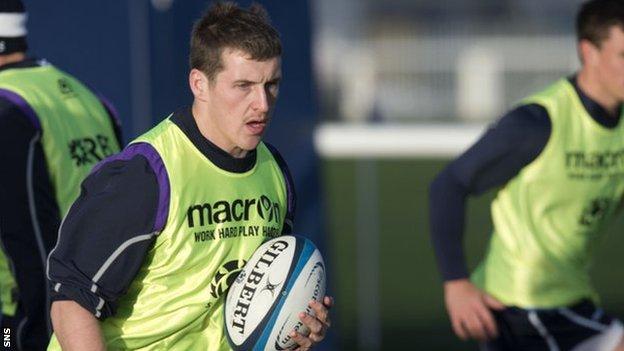 The new deal for the 20-year-old, who rejoined the Pro12 club from Clermont Auvergne a year ago after a season in France, lasts until May 2017.

"Since returning to Glasgow last year, I've only ever wanted to stay here," said Bennett.

"There is a really good atmosphere around the club and it's great place for me to continue my development."

Bennett signed a one-year deal in February and has featured 11 times for Warriors since returning from the Top 14 club, initially on loan.

Already an Under-20 international, his performances this season led to his first call-up to the Scotland squad ahead of the current Autumn Tests.

"I've enjoyed getting more game time this season and it was a real honour to be called up to the Scotland squad," he said.

"Like all players, I want to win things and I feel I have a real opportunity to do that in Glasgow."

"Mark has started at centre in seven games so far this season and he's continually developing," he said.

"He has a determination to learn and improve, so there is a lot more to come from him in the future."