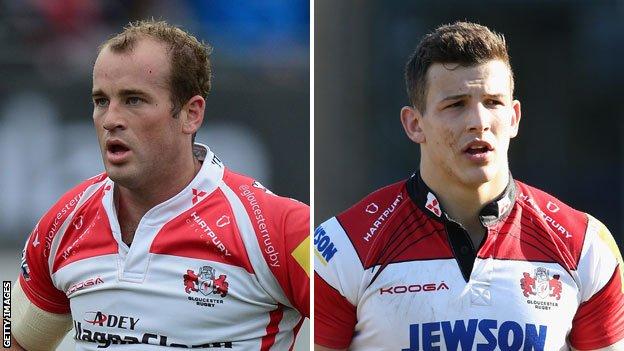 Gloucester pair James Simpson-Daniel and Ryan Mills will both undergo surgery after suffering injuries in the win over Newcastle.

Ex-England wing Simpson-Daniel, 31, will have ankle surgery while centre Mills, 21, needs surgery on his foot.

Both were stretched off in the Cherry and Whites' 20-3 win over the Falcons.

"I'm gutted for [Simpson-Daniel] as he's such a key player in terms of what we do and helping boss that backline," said player-coach Mike Tindall.

Former England Under-20s back Mills came through the club's youth system, but his progress has been hampered by a persistent knee injury.

"With Millsy, he's lost a lot of rugby in the last 18 months and to get him back playing has been great for us.

"He's a genuine ball playing 12 and he'll compete with Billy [Twelvetrees] I think when he gets more game time.

"People are going to have to step up and play and if we can gel together and play the way we are I think we'll be all right."