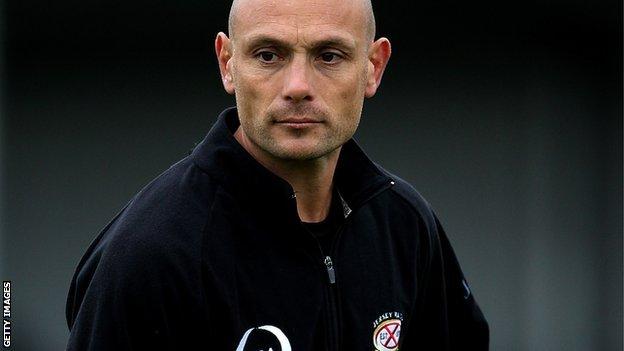 Jersey director of rugby Ben Harvey says victory over the Cornish Pirates was about repaying the fans.

Niall O'Connor's penalty sealed the Championship side's first win in five games with the final kick of the match.

It is their loss to Plymouth at St Peter last month, however, which Harvey was most intent on rectifying.

"We knew we owed the crowd something because that performance against Plymouth wasn't acceptable," he told BBC Radio Jersey.

"We know we represent the island and we wanted to make sure the people were proud of the lads."

Harvey was happy with Jersey's response after dropping to second from bottom in England's second tier competition with their crushing 29-3 loss to London Scottish a week earlier.

The islanders were down 19-10 against the Pirates at the break and did not hit the lead until former Ulster fly-half O'Connor slotted the late winner.

"During the week the boys worked extremely hard because they they were disappointed with how they performed last week, after being buoyed by the performance at Rotherham before that," Harvey said.

"And to come from behind like we did to win shows a great amount of courage form the lads.

"Neil has worked hard on his kicking and this is the quietest and least windy that it has been on the island since he arrived, so I told him he shouldn't waste it."