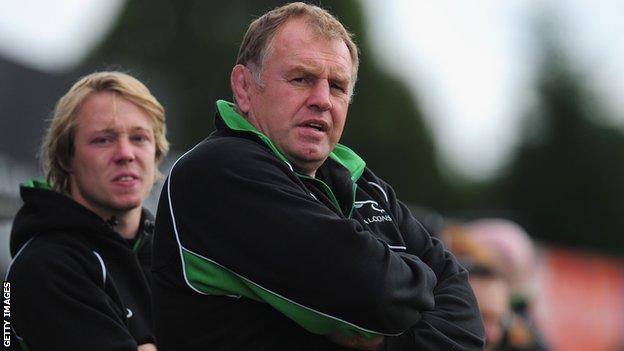 Newcastle Falcons director of rugby Dean Richards says games in the LV= Cup are a chance to develop young players.

Richards' much-changed side were beaten 20-3 at Gloucester last Saturday.

The previous weekend a similar mixture of experience and youth defeated London Irish 29-21 at Kingston Park.

"It's a great learning curve and there is plenty to take away from the games. Our pack against Gloucester had three of the front five 20 or under - that's not bad is it," he told BBC Newcastle.

"That's what it's all about in this competition - developing youth by giving it a chance."

Prop Scott Wilson, 19, hooker George McGuigan and lock Dominic Barrow, both 20, were all in the Newcastle XV at Kingsholm on Saturday.

Only Barrow, who has started in this season's Premiership.

"We just missed composure at key times [against Gloucester] but the bonus is the players know what went wrong so can put that right in training," added Richards.

"A lot just comes with experience but generally I thought the players acquitted themselves pretty well."