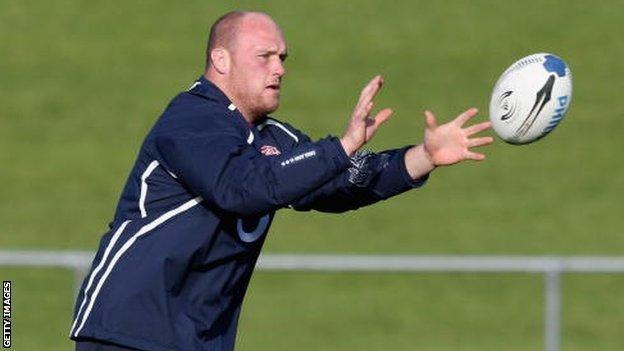 Bristol tighthead Jason Hobson could be sidelined for up to four months after suffering a knee injury in his comeback match at the weekend.

The prop returned to action in the win against Rotherham on Sunday after overcoming an eye injury, but had to be helped off after breaking a bone.

A statement by Bristol said: "A scan on Monday confirmed Hobson has sustained a tibial plateau fracture.

"Although no surgery is required, he will be sidelined for 16 weeks."

Hobson's appearance against Rotherham in the Championship was his first since he damaged an eye during Bristol's win over Bedford Blues on 6 October.

Bristol said the 30-year-old would now undergo a rehabilitation programme with the club's medical staff.