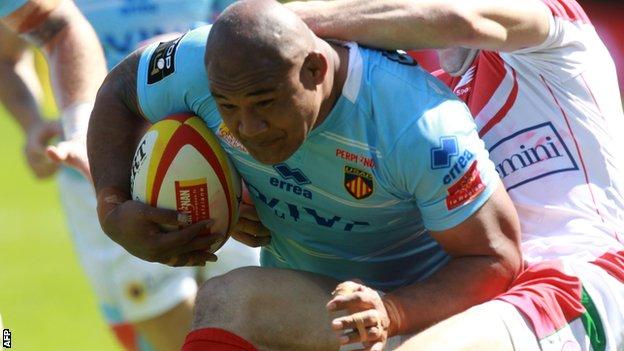 Prop Sona Taumalolo will miss Tonga's game against Wales on Friday after receiving a four-week ban.

Maestri was also red-carded for striking Taumalolo in the same incident.

Both players appeared before an independent three-man disciplinary committee in London on Tuesday.

Maestri's red card was deemed a sufficient sanction and no suspension was imposed.

"Both players had accepted prior to the hearing that their actions had warranted a red card," read a statement, released by the autumn international disciplinary.

"The committee deemed that Sona Taumalolo's offence was in the mid-range of the IRB's sanctions (five weeks), allowing one week off for mitigating factors

"Sona Taumalolo is free to resume playing on 16 December 2013, and both players have the right of appeal."