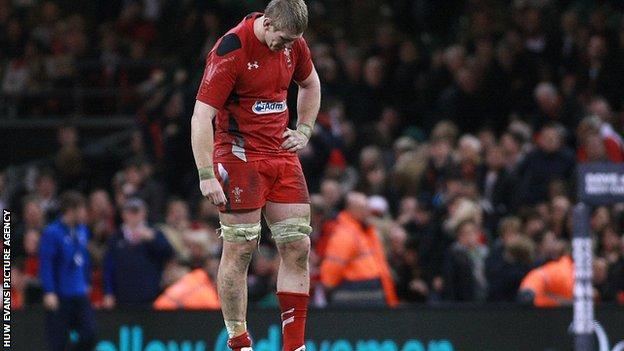 Cardiff Blues have confirmed Wales lock Bradley Davies has had a shoulder operation and will be out of action for several months.

Davies, 26, was forced off with the injury during Wales' 40-6 victory against Argentina last Saturday.

He will miss Wales' final two matches of the autumn series against Tonga and Australia on 30 November.

"After medical assessments, he has undergone surgical intervention," the Welsh Rugby Union said in a statement.

"He has been released back to Cardiff Blues alongside regional team-mate Cory Allen."

Centre Allen, who also injured his shoulder in the same game, has his operation on Friday.

Allen made his debut against Argentina but will miss the rest of Wales' autumn series and the 20-year-old is also expected to be sidelined for several months.

The Cardiff Blues released a statement confirming the pair's injury and stated they would be looking for replacements.

"The region is working hard in the market place to reinforce several key positions," read the Blues statement.