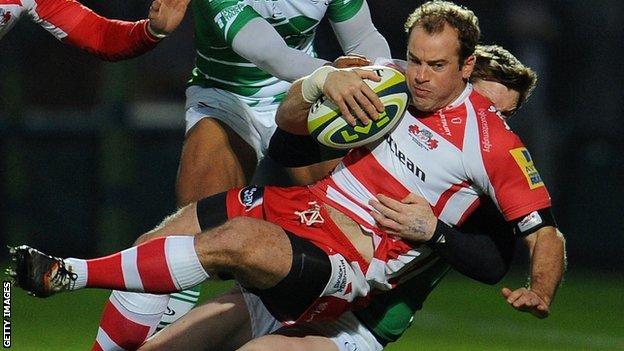 Gloucester wing James Simpson-Daniel will be sidelined for around four to six months after undergoing surgery on his left ankle.

The 31-year-old former England international dislocated and fractured the joint in Saturday's 20-3 win over Newcastle in the LV= Cup.

Centre Ryan Mills was also stretchered off in the same game with a broken fifth metatarsal.

He has since had an operation and is expected to be out for up to 10 weeks.

Simpson-Daniel, who has 10 England caps, was forced to undergo shoulder surgery last November and missed the remaining months of the 2012-13 campaign.

He returned to the side this term and played seven Premiership games before his latest injury.

"It's early days yet but obviously it was a serious injury," director of rugby Nigel Davies told BBC Gloucestershire.

"But the surgeon was pleased with the results of the operation and it will all be about rehabilitation in the coming months and we'll see how quickly we can get him back."

Mills was also troubled with injury last season, and was forced to have knee surgery.