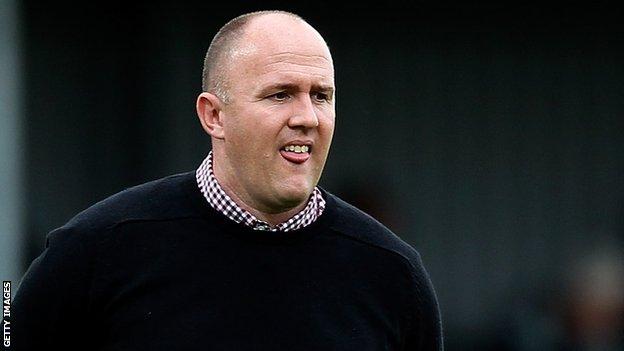 London Welsh, who came down from the Premiership last term, top the table, but Davies believes the weekend's opponents are champions elect.

"Welsh may be playing a Premiership game in the Championship but I don't think they're the best team - Bristol have more strings to their bow."

The Pirates surprised second-placed Bristol on the opening day of the season, pipping them 23-21 in the double header at Sandy Park.

Apart from long-term absentees, including Alan Paver, who broke his arm against Bedford, the Pirates are likely to be unchanged from last weekend.

"They've moved forward since that game when we ambushed them," Davies said. "They're showing a lot of attacking intent because they know they'll probably end up in the top four."

in their last outing, Davies is pleased with the progress the Pirates are making.

"It's disappointing, we would've been playing for second place if we'd beaten Jersey," he said.

"The squad have come together brilliantly and gelled really well.

"The young ones have brought an energy and enthusiasm that's rubbing off on the old lads and they've certainly got a new zest for playing.

"We've got to make sure everything we do is top drawer because Bristol will be bringing a hell of a challenge."

With Gavin Cattle not quite fully recovered from injury, flanker Chris Morgan will lead the Pirates against his former club.

Winger Matt Evans, who has been on international duty with Canada, returns to the squad on the bench.