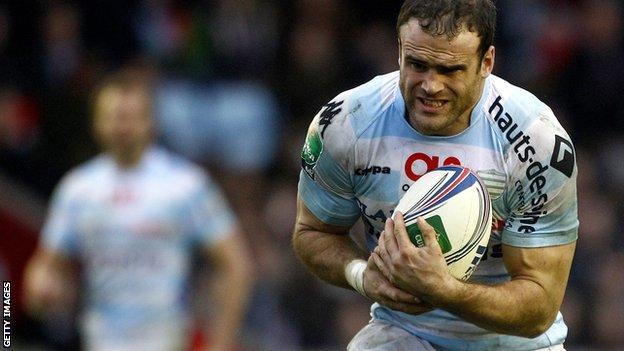 Wales centre Jamie Roberts has given Wales a 2014 Six Nations boost with club Racing Metro announcing he could be fit to play on Sunday, 19 January.

The Paris-based team expect Roberts to play at Clermont Auvergne in the Heineken Cup that day, a fortnight before Wales' first game.

He recently returned after tearing an ankle ligament but picked up a knee injury in his side's win over Toulon.

Roberts then missed Racing's 6-0 defeat at Oyonnax on Saturday, 4 January.

Roberts had just returned to action after a 12-week injury absence when he suffered the ankle injury.

He needed an operation after he damaged ankle ligaments in only his third game from his new club in France following his summer move from Cardiff Blues.

However, a successful return to full fitness would make him a contender for Wales' Six Nations opener against Italy in Cardiff on Saturday, 1 February.