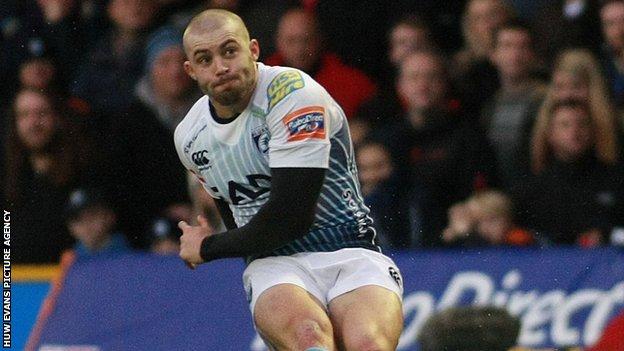 Wales and British and Irish Lions full-back Leigh Halfpenny could be pressed into emergency fly-half duty for Cardiff Blues in the Heineken Cup against Toulon on Saturday.

In injured Rhys Patchell's absence, Gareth Davies will wear 10, but Halfpenny will cover for Davies.

"We've talked about that and we've actively worked on it," said Blues rugby director Phil Davies.

Davies can find more cover in the back-row for Warburton than is available at pivot. 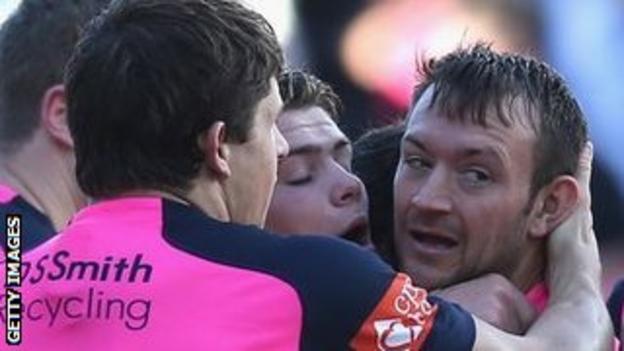 That means Halfpenny could be pitched against his Lions goal-kicking predecessor Jonny Wilkinson at fly-half at some point.

"He's [Halfpenny] exceptional.... and yeah, his enthusiasm to do it is really encouraging as well," said Davies.

Gareth Davies scored the winning try as in October.

Davies had come on as Patchell's replacement that day and Halfpenny added the conversion to the late try.

But with twice-capped with knee and shoulder injuries, Blues boss Phil Davies hopes to bring in cover.

"Gareth Davies has played Heineken Cup rugby for us this year and scored the winning try for us against Toulon and played up in Glasgow and played well at 10 with Patch [Patchell] at 12," said Phil Davies.

"So we're excited. We're disappointed for Rhys, but we're really focusing and we're excited about who we have got at 10, which is Gareth.

"We do need to find cover there and we're actively trying to achieve that."