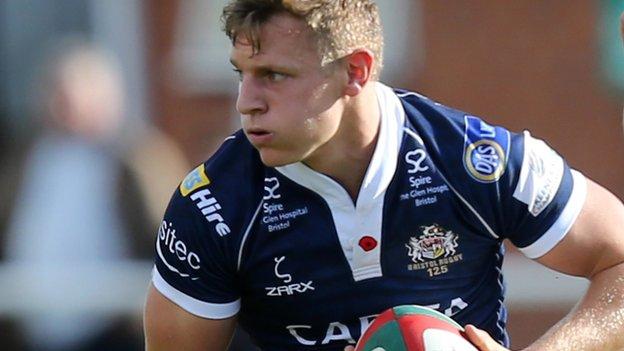 Braley is one of four number nines, including Ruki Tipuna, James Grindal and Luke Baldwin, already at the club.

The 19-year-old has been offered a new deal, while talks with Tipuna and Grindal are ongoing.

"Callum is a quality young player and we want him to be at Bristol next year.

"Luke Baldwin is here for two years and with the other two player we are in discussions with them about is right. Over the next three or four months we will see what is right for their careers."

Braley, who joined the Bristol Academy in the summer of 2012 from Hartpury College, is regarded as one of the club's most exciting prospects.

He has made 10 appearances this season and started their last game, a 29-8 home Championship win over Moseley.

Peel, who is 13 years Braley's senior at 32, will join the club from Sale Sharks this summer.

"I never put a figure on how many players you need in each position. It's important to have at least three scrum-halves - we have four at the moment and that is working pretty well for us," director of rugby Robinson added.