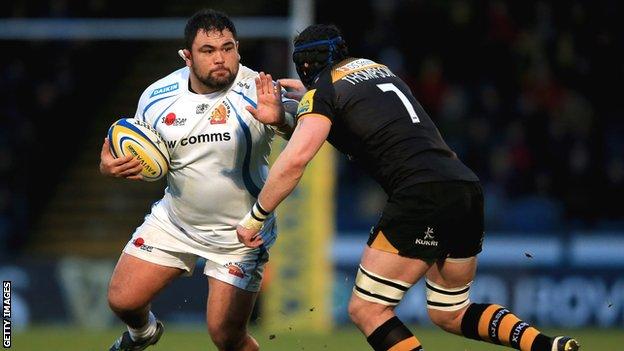 Exeter prop Hoani Tui will join Lyon at the end of the season after signing a two-year deal with the French club.

The 29-year-old joined Chiefs from Calvisano in 2010 and has gone on to make over 100 appearances for the club.

"I have no problem with a player moving on for positive reasons," Exeter head coach Rob Baxter said.

"Hoani is moving on - not because we don't want him to stay - but more that a very good French club is prepared to offer him a very good contract."

Baxter added: "He has been a great player for us, he's a good guy around the place and he's continued to perform very well for us even since we knew he was going to leave."