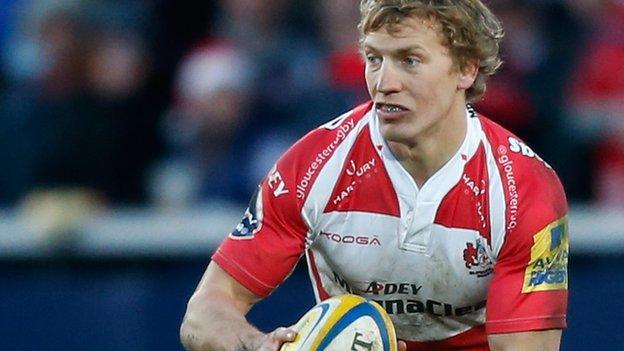 Captain Billy Twelvetrees has urged Gloucester to view their 20-7 Heineken Cup loss to Munster as a new beginning to their season.

It was their seventh home defeat this term, but the performance was a big improvement on the 29-8 Premiership loss to Saracens seven days earlier.

"We have to use this as a starting point, a way to push forward."

Not so home sweet home

The 25-year-old England international continued: "The boys are a lot more proud of the way they performed this week. Even though we lost, in comparison to last week, we showed lot character and lot of heart.

"We needed to switch on and really come out all guns blazing this time, and we did that and showed just how passionate we are about this team."

Director of rugby Nigel Davies praised his players for setting new standards for themselves with their display.

"I firmly believe last week was a watershed moment for this group of players.

"It was completely unacceptable and I was humiliated to be heading up that performance," he said.

"We had a good active week and lot of stuff has came out. What did against Munster is set standards in certain parts of our game, in terms of work ethic, commitment to cause, commitment to Gloucester Rugby, the intensity and intent to play.

"We have set the bar for the rest of the season in those areas."

The defeat ended Gloucester's hopes of progressing in the Heineken Cup, but they still stand a chance of qualifying for the quarter-finals of the Amlin Challenge Cup Challenge if they beat Perpignan in the their final group game on Sunday.