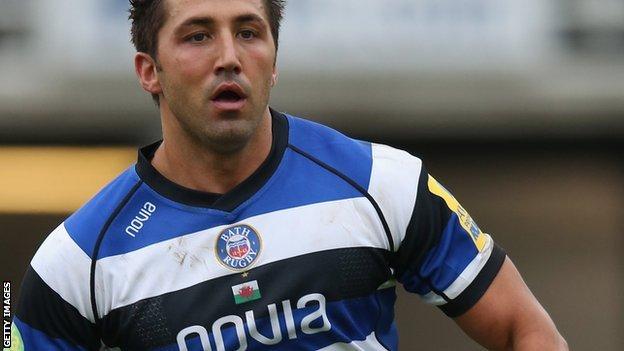 Bath have confirmed they are close to revealing if Wales back Gavin Henson and Ireland scrum-half Peter Stringer will be offered new deals at the Rec.

Both players' contracts with the Premiership side expire in the summer.

Henson, 31, has played just five league games this term while Stringer, 36, has made 11 Premiership appearances this campaign.

"We have spoken to them and you will know soon which way we go," Bath head coach Mike Ford told BBC Radio Bristol.

"The players know where they stand as far as recruitment and going forward next year."

Henson, who made a rare start in Saturday's Amlin Challenge Cup win at Newport Gwent Dragons, has revealed he would consider a return to Wales if his contract is not renewed.

And Stringer, capped 98 times for Ireland, said he wants to stay and finish his career at Bath.

He was with the club for just a month when he was punched by team-mate Carl Fearns in a pub during a team social.

Henson received praise following his debut, a 21-0 win at Newcastle, but has struggled to establish himself in the first-team because of a calf injury.

He has mainly featured in Bath's second-string side, helping them clinch the reserves title with victory against Northampton in December's final.

Since then, head coach Ford has worked towards establishing who will stay at Bath next season.

"We promised players pre-Christmas that we will give them answers on whether we want to retain them or if we would release them," he said.

"That has been done throughout the squad. We are forever looking to improve every part of the organisation, but recruitment is obviously a huge area where you have to get it right."