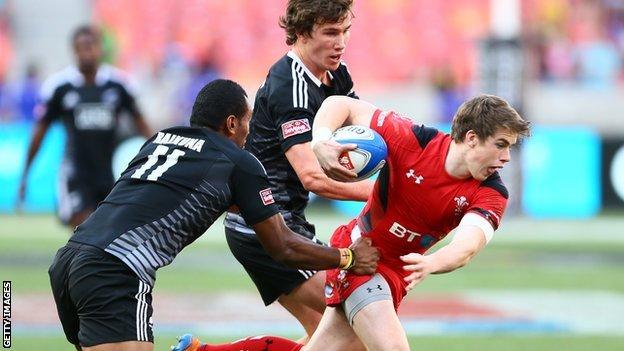 Wales will face Samoa, Papua New Guinea and Malaysia in Pool C of the Rugby Sevens competition at this summer's Commonwealth Games.

Reigning champions New Zealand, who have won all four Commonwealth Gold medals to date, will take on hosts Scotland, Canada and Nigeria.

England and Australia have been drawn together in Group D along with Sri Lanka and Uganda.

The top two sides from the four groups will go through to the quarter finals.

The tournament will be held over two days at Glasgow's Ibrox Stadium with the full competition schedule announced in February.