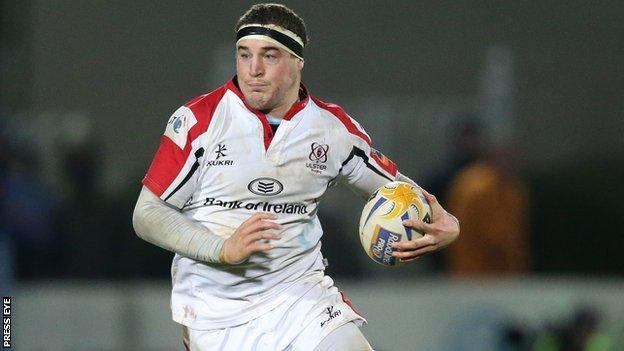 Scrum-half Kieran Marmion is the only uncapped back selected for the series.

Tommy Bowe, Simon Zebo, Donnacha Ryan and Richardt Strauss are among the injured players who may yet figure.

Craig Gilroy, Declan Fitzpatrick and Roger Wilson are the others who have been given an opportunity to prove their fitness with their provinces, before being considered to play a part in the tournament.

"As always a number of the selections were very tight," Schmidt told Irish rugby's official website.

"Following on from the autumn internationals, there is an experienced core of players in the squad who will offer continuity, as well as some new additions who have been selected with an eye to the future.

"With Robin Copeland returning to play in Ireland next season (with Munster) it will be an opportunity for him to impress during the training week, while some of the younger or less experienced players such as Rob Herring, Iain Henderson, Rhys Ruddock, Kieran Marmion and Felix Jones have turned in some very positive performances to earn spots in the squad."

Ireland will open their Six Nations campaign by hosting Scotland at the Aviva Stadium in Dublin on Sunday, 2 February.

Leinster prop Cian Healy was expected to be a doubt for that game but has made a quicker than expected recovery from ankle surgery.

Ulster wing Andrew Trimble is also chosen after being overlooked for last year's Six Nations and the autumn internationals against Samoa, Australia and New Zealand.

The Ireland Wolfhounds, the second string side, will take on England Saxons at Gloucester's Kingsholm stadium on Saturday, 25 January.

Schmidt is likely to ask for a mixture of youth and experience in that Gloucester clash, while Ireland stalwart Brian O'Driscoll will enter his final Six Nations poised to overtake Ronan O'Gara's Irish record 128 caps.