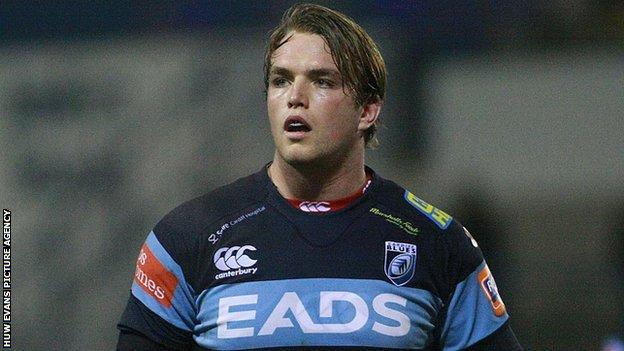 Hooker Kristian Dacey has signed a new long-term contract to remain at Cardiff Blues until at least 2017.

Merthyr-born Dacey has come through the ranks at the Blues and has made 37 appearances in all competitions.

The 24-year-old, currently second in the Pro12 try-scoring charts with four tries, switched positions from flanker to hooker in 2010.

"It's been a fantastic season for me and signing the new contract is ideal," Dacey said.

"I'm learning every time I play and my consistency is getting better now I'm putting games together.

"Ultimately my ambition is to play international rugby and get even better. Blues is the right environment for me to achieve those aims."

Blues director of rugby Phil Davies was pleased Dacey had agreed a new deal and said he had the potential to play for Wales.

"Over the last 18 months he has overcome his injury problems and that has really benefitted his development." Davies said.

"We always want to keep our best young players at Blues and Kristian's signature is the latest part of that long-term plan.

"We look forward to making more positive announcements in the coming weeks."