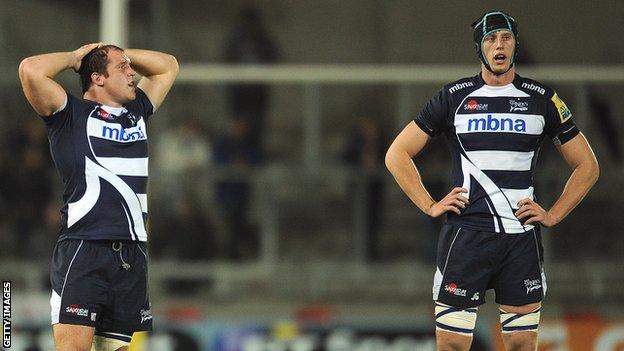 Sale have confirmed England prop Henry Thomas and former captain James Gaskell will leave at the end of the season.

The future destinations of both players have yet to be disclosed but Thomas, 22, has been linked with Bath and back-row forward Gaskell, 23, with Wasps.

Scrum-half Dwayne Peel will also depart at the end of the campaign, having already

Thomas, who has two international caps, was recently included in

"Replacements are being sought as we speak," director of rugby Steve Diamond told the club website.

"We're confident that we'll replace the lads and we wish them all the best. It is the nature of the beast. Some players want to stay, others wish to move on.

"With both Henry and James, it is not a money issue as to why they are moving on. It is purely for rugby and lifestyle reasons. There's no bad feeling and we'll wish both of the lads good luck when they do move on."