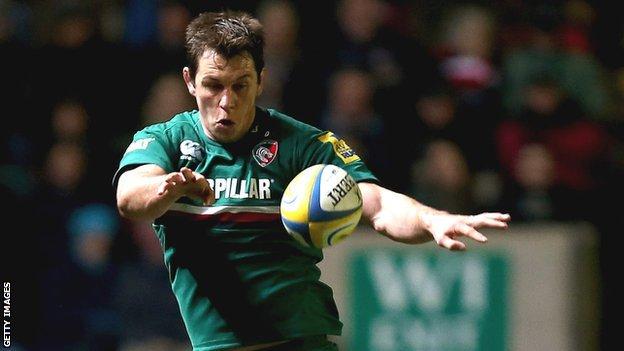 Leicester Tigers lock Louis Deacon is on the verge of signing a new contract.

The 33-year-old, who has won 29 England caps, is out of contract with the Premiership champions in the summer.

"We are almost there," Deacon told BBC Radio Leicester. "We just have to sort the finer details. There are a couple of years left in the old bones yet.

"I have had my injury problems and the club have been good standing by me. I am a local guy and all I have ever wanted to do is play for Leicester."

Deacon, who came through the youth set-up and made his first-team debut in 2000, added: "I have never really looked at going anywhere else. Hopefully I can stay for another couple of years."