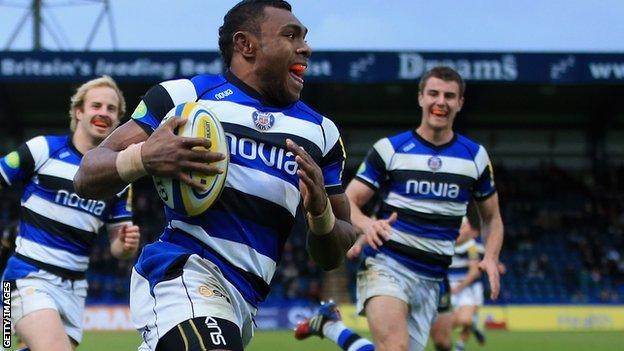 Semesa Rokoduguni scored two tries on his return from a knee injury as already-qualified Bath beat Bordeaux-Begles in Pool Two.

Rokoduguni's double and tries for Jonathan Joseph, Dominic Day and Kyle Eastmond wrapped the game up for Bath.

Ford took his personal tally to 17 points for the night, while Matt Banahan added a conversion.

The visitors, who end their campaign in second place, scored first-half penalties through Manu Saubusse, while Gilen Queheille's try and Pierre Bernard's conversation were their only points of the second half.

Bath ensured a 100% record in Pool Two and go through to the quarter-finals with 28 points from their six matches.