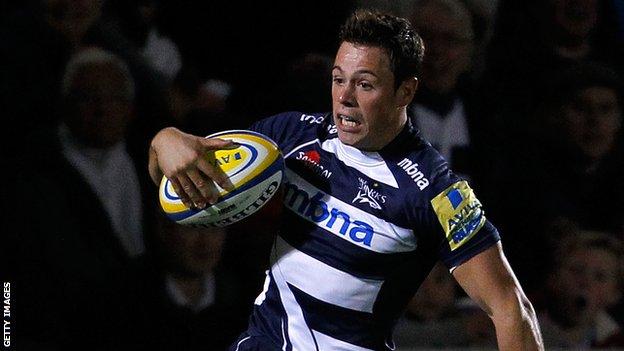 Rob Miller kicked a late penalty as Sale won in Biarritz to top Pool One and secure a place in the quarter-finals of the Challenge Cup.

Sharks survived Tommy Taylor being sent to the sin-bin early on but then fell behind to Taku Ngwenya's converted try.

Full-back Miller kicked two penalties and hit the post with another in reply as the hosts led 7-6 at half-time.

And, as Sale's defence held firm, Miller stepped up to win the game with a 78th-minute penalty from halfway.

The result meant Sale, who also had Henry Thomas sent to the bin in the second half, finished top of the pool with 23 points, seven points ahead of Biarritz, after winning five of their six games.

They join Premiership rivals Bath and Wasps, and French sides Brive and Stade Francais, in the last eight.

Northampton and two other sides, which are yet to be decided, will drop down from the Heineken Cup to take their place in the quarter-finals.