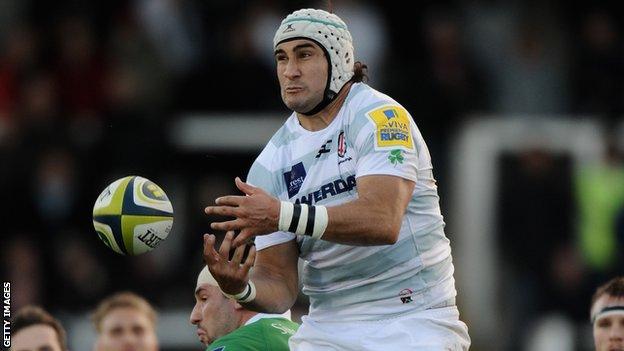 The Exiles knew they could not qualify for the quarter-finals before the game after Stade Francais beat Lusitanos 48-15 on Thursday to top Pool Five.

But that did not stop them collecting a bonus point before half-time thanks to tries from Matt Parr, Declan Danaher, Andrew Fenby and Blair Cowan.

Cowan, Eamon Sheridan and Alex Lewington all crossed after the break.

Despite finishing level on points with Stade at the top of the pool, it is the French side who progress because of their superior head-to-head record.