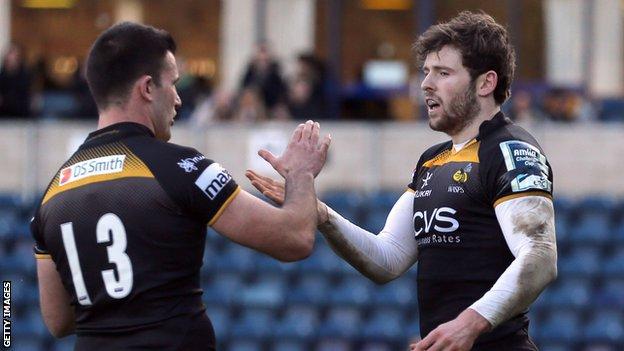 Wasps, who had already qualified for the quarter-finals, were 31-5 up at the break after Daly's treble and tries from Ashley Johnson and Tom Varndell.

Carlisle kicked 14 points as Wasps confirmed a home tie in the last eight.

Winger Nicola Sintich scored for Viadana early in the first half and the Italian side pulled tries back through number eight Mirko Monfrino and scrum-half Pietro Travagli in the second period, with fly-half Juan Pablo Sanchez adding a conversion.

Wasps director of rugby Dai Young had made five changes to the XV that beat Bayonne last week, with a sixth enforced after James Haskell dropped out before kick-off through illness.

Having won all six of their matches in Pool Four, Wasps qualify top of the group.

They will face Gloucester, who enter the competition after finishing second in their Heineken Cup pool, at Adams Park in the quarter-finals.