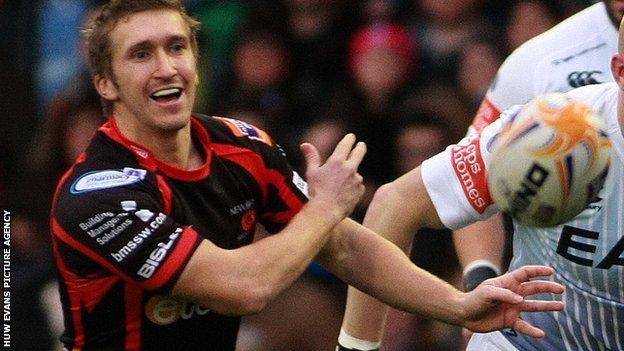 Newport Gwent Dragons came from behind to end their Amlin Cup campaign with victory over Mogliano.

Dragons, already out of the competition, trailed 9-3 at the end of a first half that saw Nathan Buck sin-binned and Nicolo' Fadalti score three penalties for Italians.

Steffan Jones' two penalties levelled the scores early in the second half.

Wayne Evans' try put Dragons ahead and Ross Wardle's score was converted by Kris Burton, who added a late penalty.

The victory was Dragons' third win in Pool 2 but their first away from home after defeats at Bath, who topped the pool, and Bordeaux-Begles.