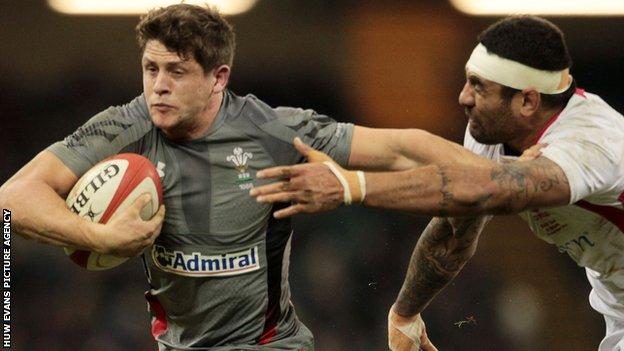 Williams, 24, was not included in Warren Gatland's 32-man squad for the Six Nations.

Osprey Rhys Webb and Scarlet Rhodri Williams have been selected as back up to Racing Metro's double British and Irish Lions tourist Mike Phillips.

"Of course he's disappointed but he's a young guy at the start of his career," Davies said of Williams.

Williams has won 18 caps for Wales having made his debut against Argentina in a World Cup warm-up match in August 2011.

He has been Phillips' main scrum-half back-up since then and was included in Wales' squad for last November's autumn internationals.

Despite being left out of Wales' Six Nations squad, Cardiff Blues boss Davies is confident Williams can bounce back and regain his national squad place.

"He's done exceptionally well so far and sometimes you have bumps in the road and it's how well you deal with them," Davies added.

"He's got plenty of rugby with us and he'll keep developing I'm sure."