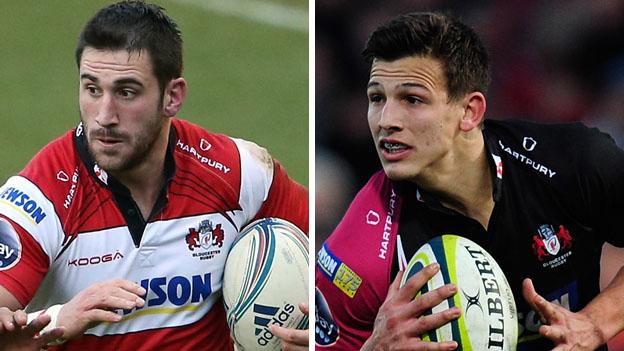 Worcester Warriors boss Dean Ryan has raided his old club Gloucester to line up two new signings for next season.

Back row forward Matt Cox, 25, is to rejoin the club he left when then head coach Bryan Redpath took him to Kingsholm in the summer of 2010.

The former England Under-20 centre, whose early progress at Kingsholm was hampered by a knee problem, has been out since November with a foot injury.

"It's been unfortunate that I haven't played as much as I would have liked due to a number of injuries, but the opportunity to join Worcester was one I was keen to take," said Mills.

"I am extremely excited to link up with Dean Ryan and [coach] Carl Hogg and can't wait to join the club on their journey ahead."

Cox added: "When Dean approached me and told me about his plans, I knew it was something I wanted to be part of.

"I've worked closely with Carl at Gloucester and with those two at the helm, I believe the club will be successful in the future.

"With the likes of Chris Pennell and Alex Grove it is clear to see how much potential there is."

The pair bring the number of new signings made by Ryan for next season to three, following the capture of 28-year-old Cardiff Blues back row forward Andries Pretorius.

Ryan's predecessor Richard Hill made eight signings for the current campaign prior to his sacking in April.

Next up at Sixways...

And it seems the Warriors may be in for another major overhaul of the playing staff this summer, in preparation for a 2014-15 campaign that looks increasingly likely to be in the Championship.

Worcester have lost all 12 Premiership matches this season - part of an overall run of 17 league defeats that stretches back to 1 March - and have picked up just three bonus points.

They are currently 11 points adrift of safety with 10 Premiership games left to play.

Ryan's men returned from warm weather training in Portugal last week to suffer their fourth defeat of the season by Sale, in the LV= Cup.

They complete their LV= Cup campaign at home to Exeter this Saturday before returning to Premiership action with a Friday night home game against Leicester on 7 February.