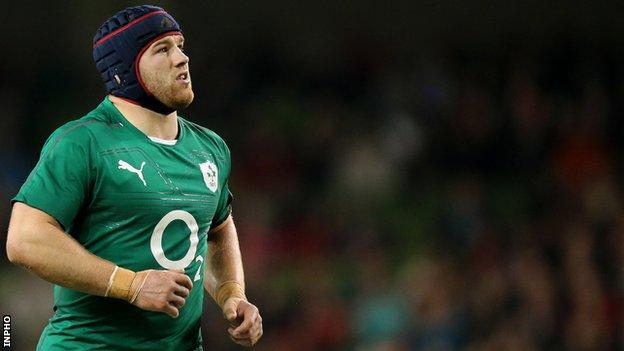 O'Brien, who was part of the Lions squad that toured Australia last year, had been linked with a move to France.

Newspaper reports suggested the 26-year-old was on the verge of joining European champions Toulon.

However, on Thursday the Irish Rugby Football Union announced that O'Brien had signed a new two-year contract with Leinster.

O'Brien is likely to miss Ireland's Six Nations campaign as he is recovering after an operation on a shoulder injury.

However, his decision to stay with Leinster is good news for the IRFU, which has been working hard to keep its best players under central contracts after fly-half Jonny Sexton's high-profile move to Racing Metro last summer.

Leinster number eight Jamie Heaslip, who is out of contract at the end of the season and has also been linked with a move to Toulon, has yet to agree a new deal.

O'Brien said that he had made the decision to remain at home "based on the standard mix of professional and personal considerations".

"It was a very difficult decision but with a World Cup next year and the fact that I believe Leinster can continue to win trophies, I have decided to commit my immediate future to the club," said the Carlow man.

"(And) I am very excited about what Ireland can achieve under Joe Schmidt."