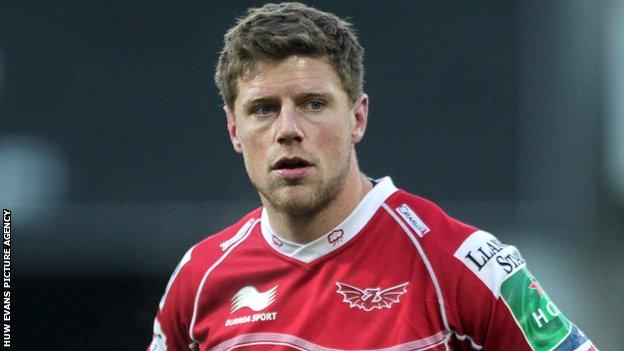 Wales and Scarlets fly-half Rhys Priestland says he has yet to make a firm decision on his future at club level.

Priestland, who is out of contract at the end of the season, has been linked with a move away from the Scarlets.

The 27-year-old says the dispute between the regions and Welsh Rugby Union has been an unsettling experience for him.

"What I've found hard is all the uncertainty this year," he said.

Priestland has been linked with teams outside Wales including English Premiership clubs Wasps, Leicester and Gloucester.

The pair are among six Welsh internationals whose contracts with the regions expire at the end of the season.

The WRU is considering offering to centrally contract six of the country's top stars including Wales captain Sam Warburton if they cannot agree deals to stay with their regions.

Priestland hopes the dispute between the regions and the WRU can be resolved allowing out of contract players to decide their futures.

"Because we haven't got all the facts it's hard to make a proper decision. That's what I've found a bit frustrating this year."