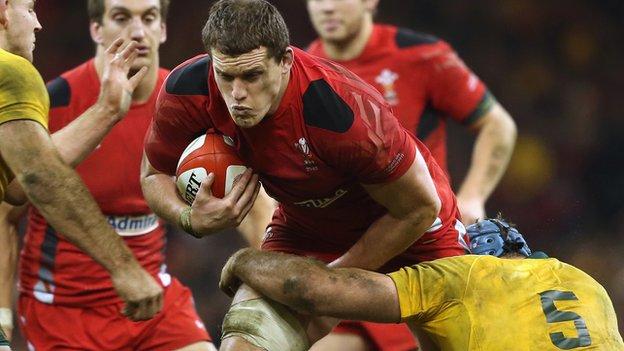 Lock Ian Evans will miss Wales' Six Nations defence after being banned for 12 weeks for stamping.

Evans, 29, was dismissed by referee Romain Poite during after stamping on opponent Mike McCarthy.

The British and Irish Lions player pleaded guilty before a disciplinary hearing in Dublin on Thursday.

Entry-level suspensions for stamping range from two to nine-plus weeks, with 52 weeks the maximum.

It is another blow for Wales coach Warren Gatland, who is already without and may not have against Italy on 1 February.

Evans's incident with McCarthy involved at least two stamps which connected with the Irish lock's head and resulted in a serious facial wound.

The judicial officer, Jeremy Summers, determined that the offence was at the top end of the International Rugby Board sanctions for offences of this nature and selected 16 weeks as the appropriate entry point.

However, as there were no aggravating factors, he reduced the suspension by four weeks due to the player's guilty plea, good conduct and remorse during the hearing.

Evans, who will not be available to play until 21 April, was one of five players Wales coach who can play at lock.