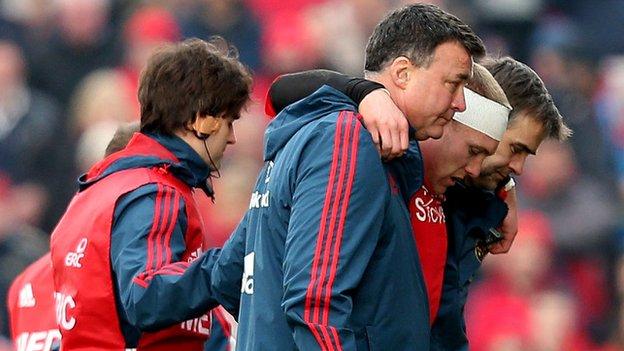 A Munster statement said Earls, 26, would be out for six to eight weeks after scans revealed that he had sustained medial ligament damage.

Earlier this week, Earls signed a new two-year IRFU contract which will keep him at Munster.

The former Ospreys player has been out of action since late November because of a groin injury.

Despite the injuries to Bowe and Earls, Ireland coach Joe Schmidt still has plenty of wing options.

Dave Kearney started against the All Blacks in November while the other contenders will be Fergus McFadden, Luke Fitzgerald, Andrew Trimble, Simon Zebo and Craig Gilroy.